1. To be eligible as a substitute, a players must be:

a) a current member of an HCOMI team, OR

b) registered on the list of approved substitutes maintained by the league, OR

2. All players on a current team roster and on the approved substitute list shall have a rating. The substitute player must have a rating equal to or lower than the player he is replacing. The list of player ratings shall be kept by the scorekeeper and made available to team captains.

3. A team may only use a substitute player if they have eight or fewer skaters (non-goalies). A team using a substitute may not play more than nine skaters. A maximum of two substitutes may be used in a game.

5. Any violation of the substitution rules will result in the offending team forfeiting the game by a score of 2 – 0.

6. Substitute players who are “split season” (Sunday only or Wednesday only) players currently on a team roster and players from the approved substitute list shall pay the scorekeeper a $15.00 participation fee prior to play.

7. Frozen rosters: All team rosters will become frozen at the 10 game mark . This means absolutely NO sub players of any kind for any reason. The remaining 10 regular season games and playoffs are a war of attrition and to keep things are fair as possible, all teams will have to deal with things like injuries and travel schedules just like the pros do! Approved roster changes that took place prior to the 10 game mark are valid for the playoffs.  Any violations will result in a forfeit of that game. 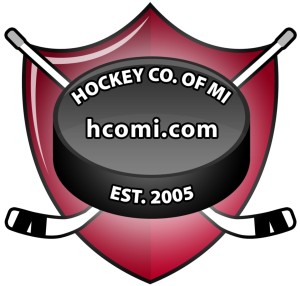